On Memory, History and Human Experience

The death, earlier this week, of Harry Patch, the last surviving British veteran on World War One, coming as it did so soon after the death of our other WW1 veteran Henry Allingham, set me thinking about the nature of memory and our links with the past.

Patch, of course, wrote (or had ghosted) a memoir - called "The Last Fighting Tommy" - which I confess I haven't read, but which I am sure details his experiences in the trenches. But I wonder how much he can really tell us about that most awful conflict, that we don't already know. Apart from being our last surviving 'Tommy', I thought, what can he really contribute? Surely his significance lies - to put it rather bluntly - purely in his longevity?

Well, whilst musing on this rather uncharitable thought, it occurred to me that it would not be long before we would be facing a similar situation with regard to veterans of the Second World War. After all, any 'fighting' veteran of that conflict would now be 80-years-old at the very least - well beyond the biblical allocation of "threescore years and ten". And, I well recall interviewing Lord Haig last year - about his experiences in the Italian campaign and then in Colditz - and he too passed away a couple of weeks ago at the ripe old age of 91. And, given that the Second World War it much more my patch - excuse the pun - how would I feel about seeing the last tommy of that conflict pass away?

Well, that rather alters things, for me. I have spent the last three years researching a book on the civilian experience of World War Two in the German capital, Berlin. In the process, I have interview many Berliners - civilian 'veterans' of the war - and have sought to record and contextualise their experiences. Many of them are still in rude health, a few quite astonishingly sprightly, and a few on my list sadly did not survive long enough for me to interview them.

But, the experience of interviewing them has demonstrated to me that the personal absolutely has a role to play in amongst even the most documented and investigated conflicts; personal accounts and anecdotes can always bring a fresh perspective, colour or context to even the most hackneyed and well-trodden narrative. Some purist historians are a little sniffy about this perceived 'personalisation of history' - the elevation of the personal above the political and empirical - but I think that if it is done correctly and responsibly, then it not only has a role to play in historiography, it is an absolutely essential ingredient of the narrative.

For this reason, as a historian, the death of the last British veteran of World War One, is something that we should all mourn. Our last personal, immediate contact to that, most brutal and seminally important of conflicts is now gone. I must now make a pact with myself to get hold of his memoir... Tempus fugit.
Posted by historian at large at 05:05 No comments: 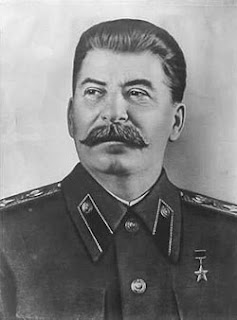 After my visit to St. Petersburg last week, two news stories caught my eye. The first was the kidnap and murder of the Russian human rights activist Natalia Estimirova. Though Mr Medvedev wrings his hands in public, and expresses his 'outrage', it is barely conceivable that this heinous act did not have some element of state collaboration.

Rather less deadly, but no less worrying, was a piece in last week's Guardian:
http://www.guardian.co.uk/world/2009/jul/13/russia-shuts-history-website
outlining the repressive and worryingly revisionist activities of the Russian state in attempting a rehabilitation of Stalin and Stalinism. Closing down websites and setting up FSB 'commissions' to look into historical matters are really not the way forward. Access to the archives - already severely limited for foreigners - will doubtless be cut still further. The Russian state, it seems, is intent on controlling history itself.

Human rights activists and freedom of speech are vitally necessary for the functioning of a modern democratic state. By seeking to curtail and eliminate both, Russia seems to be hell-bent on returning to the dark days of its own past. 20 years ago, the world revelled in the heady idealism of 1989 - in the liberation of Eastern Europe from the Soviet yoke. Suddenly, all that seems an awfully long time ago.
Posted by historian at large at 01:56 No comments: