On Hitler's Teeth - or, the Death of a Dictator.


Alongside his many other faults, Adolf Hitler had very bad teeth - catastrophically bad teeth.  It is not clear precisely why - bad genes, bad diet or poor personal hygiene - but some among his entourage would later claim that his halitosis was sometimes so bad that they involuntarily took a step back when talking to him.  By the last year of the war, his teeth had deteriorated to such a state that only 5 of his 32 adult teeth were his own.  This X-Ray of Hitler's skull, taken in the autumn of 1944 in the aftermath of the 20th July Bomb Plot, shows the scale of the problem.  The dark patches where his teeth should be are crowns, with only the five front teeth of Hitler's bottom jaw showing as his own.


Given that Hitler had the teeth of a Berlin hobo, therefore, he required some elaborate dentistry to conceal the dark truth.  Consequently, his dentist Hugo Blaschke constructed a network of gold crowns and bridges with porcelain veneers inside the Führer's mouth.  Now, to any German of that generation, working in close proximity to their leader would have been a memorable experience, but for Blaschke and his assistants - Käthe Heusermann and Fritz Echtmann - it was also the complex dentistry that stuck in their minds, not least the famed "telephone bridge" that spanned a crown in Hitler's lower jaw.


Such recollections were to come in useful.  Though Blaschke escaped to the south and was eventually captured by the Americans, and the dental records were destroyed in the Börnersdorf plane crash (which also ultimately spawned the "Hitler Diaries" fiasco), the two assistants - Heusermann and Echtmann remained in Berlin and were duly arrested by the Soviets.  Under interrogation, they were asked to describe Hitler's elaborate dentistry from memory - Heusermann had been Blaschke's dental assistant, and Echtmann had crafted the bridges.  They did so; they also produced sketches - Heusermann's sketch (complete with Russian annotation) is here.. 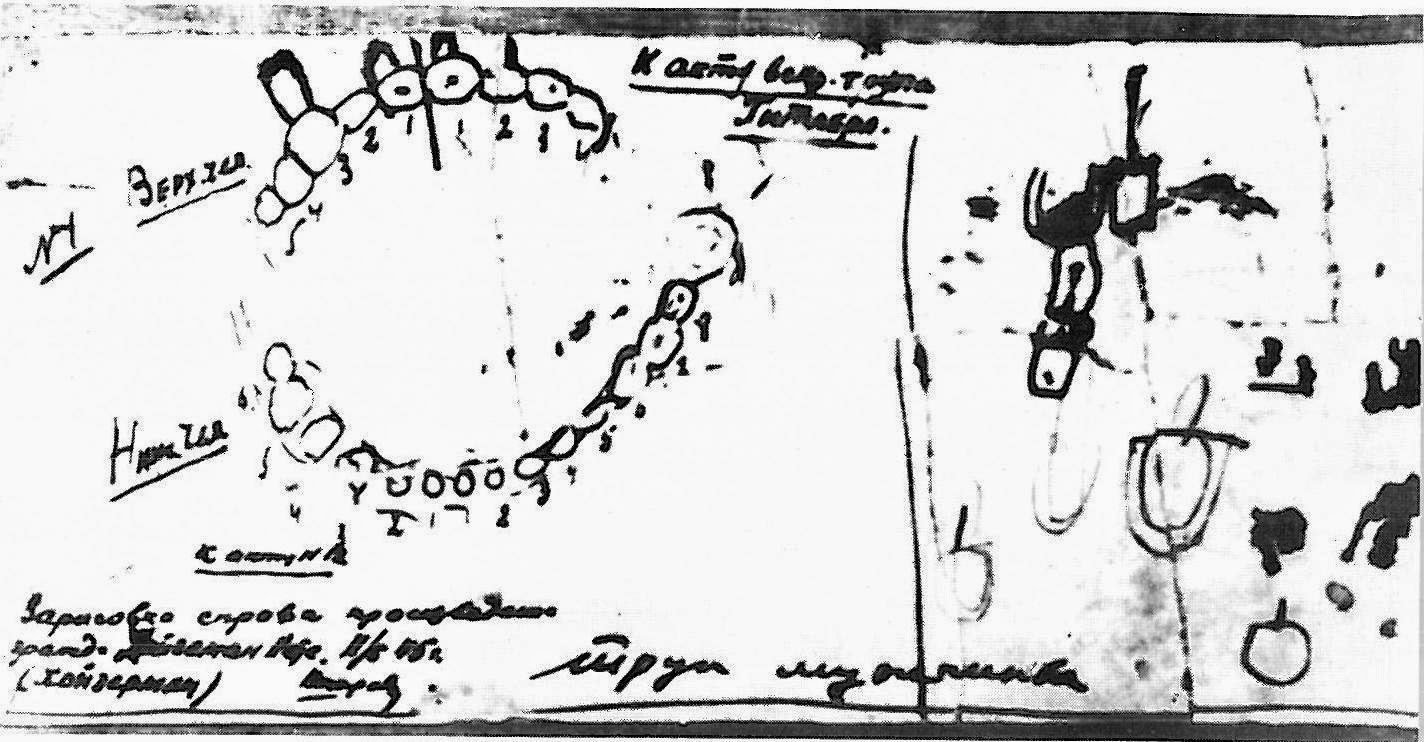 Then, on 9 May 1945, Heusermann and Echtmann were shown pieces of jaw that the Soviets had retrieved from one of the 14 or so charred corpses that had been discovered in the Reich Chancellery garden the week before.  Both immediately affirmed that the teeth and bone that they were handling were indeed those of Adolf Hitler.  The dentistry on show also conformed precisely to what the two had described and sketched prior to being shown the remains.  The teeth were Hitler's.


Thereafter - according to Heusermann, who was flown back to Moscow for 10 years of further questioning - the teeth were carried around in a cigar box and were opened referred to by their NKVD handlers as "Hitler". These, incidentally, are the same jaw fragments that are still kept in the Moscow Special Archive. Clearly, it seems, the Soviets were convinced that the teeth in their possession were those of Hitler and - logically - that Hitler was therefore dead. Indeed, in mid-May, Soviet intelligence officers confirmed to their Western counterparts that Hitler had "been poisoned" and Zhukov admitted to Khrushchev that they had found Hitler's "charred carcass".

Sadly, however, within a few days Soviet leaders had opted to deny the obvious and chose instead to sow confusion over Hitler's death, insinuating that the German dictator had somehow survived and had escaped to the Western zones of occupation - thereby giving themselves an excellent stick with which to beat the West in the opening exchanges of the Cold War.  It is the subsequent campaign of disinformation and obfuscation that led to the outlandish tales of Hitler's survival - in the jungles of Patagonia, in fascist Spain, or in the secret Nazi base on the moon - that occasionally resurface to this day.

Of course, it should be clear from this brief essay that if Hitler did in fact escape Berlin, we have to assume that he did so missing both his upper and lower jaw.  That 'escaped Hitler' would not only have to have been a master of disguise and have had the escapology skills of a Houdini - he would have been a medical miracle...
Posted by historian at large at 03:21 73 comments:

I spent last weekend in Copenhagen, launching the Danish edition of my last book "The Devils' Alliance".  Beautifully presented by the Kristeligt Dagblads Forlag, "En djaevelsk alliance" is a handsome looking volume and is the first foreign-language edition of this book to be published.  So, as you can imagine, it was a great pleasure to formally launch the book at the inaugural "Historiske Dage" history festival in the Danish capital.

What was more exciting, however, was that the Danes evidently "got" the book.  They grasped what I was trying to do, without any bafflement, confected outrage or ridiculous suggestions that I was in some way "whitewashing Nazism". In review after review, they just seemed to "get it".  This was especially satisfying.  One reviewer even went so far as to suggest that perhaps it was time to regard Communism as having been just as great a threat to Denmark during World War Two as Nazism had been.  There were criticisms, of course, and valid ones, but in Copenhagen at least the unthinking binary formulation of "Stalin good/Hitler bad", that still seems to prevail in sections of the British media and academia, seems to have been consigned - praise the Lord - to the rubbish heap of history.

There are a couple of reasons for this enlightened attitude.  Firstly, Denmark has a natural connection to the Baltic States, not only though a shared status as a small state in northern Europe historically at the mercy of its larger neighbours, but also because Denmark was often used during the Cold War as an intermediary for American policy towards to the Baltics.  As a result, the historic sufferings of the Baltic peoples, far from being a largely unwritten chapter (as in the UK), are rather better understood in Denmark. Indeed, I met a couple of Sybiraks - survivors of the Soviet deportations, who grew up in Siberian exile - during my short stay there.

In addition, as I learned from the review of my book in the Berlingske Tidende, the issue of misplaced 'progressive' tolerance for the USSR and for Stalinism has already, to some extent, been worked through in Danish public life. Around the turn of the millennium, a Danish Encyclopedia appeared (in those old-fashioned days when such a thing would still be printed) whose academic editors, it seemed, went rather too easy on Communism.  In response, a philosopher pointed these oversights out, concluding that there was still a reluctance to acknowledge that Nazism and Communism had had much in common.

The result, then, had been a blazing row - something akin to the German "Historikerstreit" of the 1980s - in which learned commentators slugged out their ideas in the broadsheets and the news programmes - finally arriving at a more mature assessment of what those two great totalitarian systems of the 20th Century had signified.  That is why, it seems, Denmark "gets it".  The idea of Communism as 'progressive' and Stalin as the avuncular "Uncle Joe" might still hold sway in the remaining squats and foggy communes of Christiania, but they no longer go unchallenged in public life.

Posted by historian at large at 23:59 No comments: